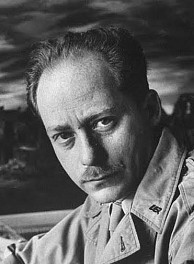 Aaron Bohrod (1907-1992), known for his unique trompe-l'oeil style, is a master at painting visual illusion.  A Magical Realist, Bohrod painted representational images with supernatural elements in a hyper realist style. Painting on ultra-smooth masonite, Bohrod’s painstaking technique renders the softness of feathers and the transparency of glass in oil paint so that his paintings achieve extraordinary realism and beauty.

Born in Chicago, Bohrod studied at the Art Institute of Chicago and at The Art Students League in New York City. During World War II Bohrod served in the Army Corps of Engineers as an artist-correspondent and for Life Magazine. From 1948 to 1973 Bohrod was the artist-in-residence at the University of Wisconsin. In 1953, Bohrod was elected into the National Academy of Design.  That same year, Bohrod devoted himself exclusively to still life painting, a natural progression from his earlier award winning landscapes.

Aaron Bohrod received popular and critical acclaim throughout his distinguished career.  Bohrod's paintings are included in the collections of The Metropolitan Museum of Art, New York; The Museum of Fine Arts, Boston and The Whitney Museum of American Art, New York among many others.

In 2007 a centennial retrospective of Aaron Bohrod's work was shown at The Overture Center for the Arts in Madison, Wisconsin.

ACA Galleries has represented the Estate of Aaron Bohrod since 1999.