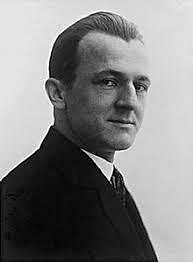 George Grosz (1893-1959), recognized as a founding member of the Berlin Dada movement and for his scathing social and political satire, was born in Germany. He chronicled the decadence, despair and futility of World War I and the pre-Nazi era to reveal the widespread class inequities through his depictions of brothels, murders, rapes, tramps, corpulent generals, and capitalists.

In 1932 he was invited to teach at the Art Students League, New York. When classes ended he returned to Germany and soon after returned to New York. Hitler’s regime labeled him “Bolshevik Number 1.” He lived in the United States for the next twenty-five years and became an American citizen in 1938.

In contrast to his earlier German works, the art he produced while in New York and later in Cape Cod, celebrates the American experience and the excitement of urban life.