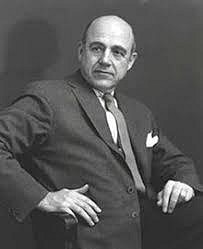 In mid-twentieth century America, it took a very large soul to be the first white artist—and a Southerner to boot—to portray African Americans as a people of dignity. Robert Gwathmey (1903-1988) was that artist.

Born to a family whose Virginia roots stretched back eight generations, Robert Gwathmey was raised in Richmond, the state’s capital. Racial segregation was the legal social order; whites and blacks were subject to unequal laws that protected white privilege and restricted black advancement. The philosophy of White Supremacy elevated white authority and regarded blacks as children. Robert Gwathmey, however, had a different opinion.

After a year of business courses at North Carolina State College, Robert Gwathmey left school for a year of travel as a crewman aboard a freighter. This rough and tumble life and his introduction to the cultures of Europe and South America finally rid him of his safer aspirations of a life in business. Returning to the U.S., he enrolled in the Maryland Institute of Design in Baltimore in 1925, transferring a year later to the Pennsylvania Academy of Fine Arts in Philadelphia. In the summers of 1926 through 1930, Robert Gwathmey received Cresson Fellowships to study art in Europe. This period of training in Baltimore, Philadelphia and Europe exposed Robert Gwathmey to the developments of the European Modernists as well as the older traditions of European painting. Both would influence Robert Gwathmey’s development.

These influences are clear in Robert Gwathmey’s distinctive style. There is Modernism’s abstraction of shape into flat areas of color, which Robert Gwathmey outlines in black, and the flattened, simplified backgrounds with just the basic essentials to indicate place or landscape. Gwathmey also incorporates traditionalism’s adherence to fundamental realism, recognizable forms, and depictions of human activity. By fusing the dynamic energy of Modernism with the traditional disciplines of European painting, Robert Gwathmey arrived at a personal visual language that expressed his political, social and human sympathies, particularly regarding the land and culture of his native South. His subjects became rural black farmers, laborers and sharecroppers both black and white. In all cases, Robert Gwathmey depicted his subjects with deep feeling for their toil and humanity.

Throughout his career, Robert Gwathmey was also a respected teacher, with positions at notable institutions including the Carnegie Institute of Technology, the New School for Social Research, and Cooper Union, where he remained until his retirement from teaching in 1968. Among his students was Faith Ringgold, who would establish her own distinguished career.

Robert Gwathmey saw art and social responsibility as one. He remained a social activist throughout his life, involving himself in the Civil Rights struggle and the Anti-War Movement despite the monitoring of his activities by the FBI for over twenty-five years beginning in 1942. Museums, galleries, collectors and art organizations stood by this visionary artist and continued to honor his work with important exhibitions and awards, including the prestigious Rosenwald Foundation Fellowship in 1944.

Today, Robert Gwathmey is recognized not only for his cultural place in the tradition of American Social Realism, but for his aesthetic contribution to art itself.  His work is represented in major museums including the Brooklyn Museum, the Hirshhorn Museum and Sculpture Garden, the Los Angeles County Museum of Art, the Smithsonian American Art Museum, among others.

Robert Gwathmey: The Life and Art of a Passionate Observer by Michael Kammen. The University of North Carolina Press, 1999.