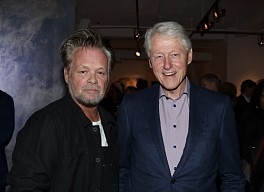 A new exhibition on display in New York City features work by two recognizable names: John Mellencamp and Robert Rauschenberg. Assemblages and paintings by the Grammy-winning singer of hits like “Hurts So Good” will hang next to mixed-media pieces by the late artist (who died in 2008) at ACA Galleries until December 21. The show opens to the public October 24.

“We both use bright colors,” Mellencamp jokes to Architectural Digest over email when asked how Rauschenberg’s work and his own complement each other. (Neither man’s pieces are void of color by any means, but Mellencamp especially favors a darker palette.) Of course, there’s more to the juxtaposition of these two artists. Both use a variety of materials to create highly textural, often collage-like pieces of work with plenty of shapes and images hidden throughout.

Rihanna glitters in all gold and more star snaps 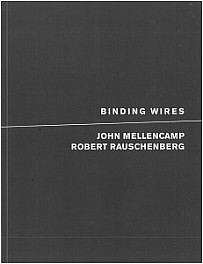 Published in 2019 on the occasion of the exhibition Binding Wires: John Mellencamp and Robert Rauschenberg at ACA Galleries, New York.