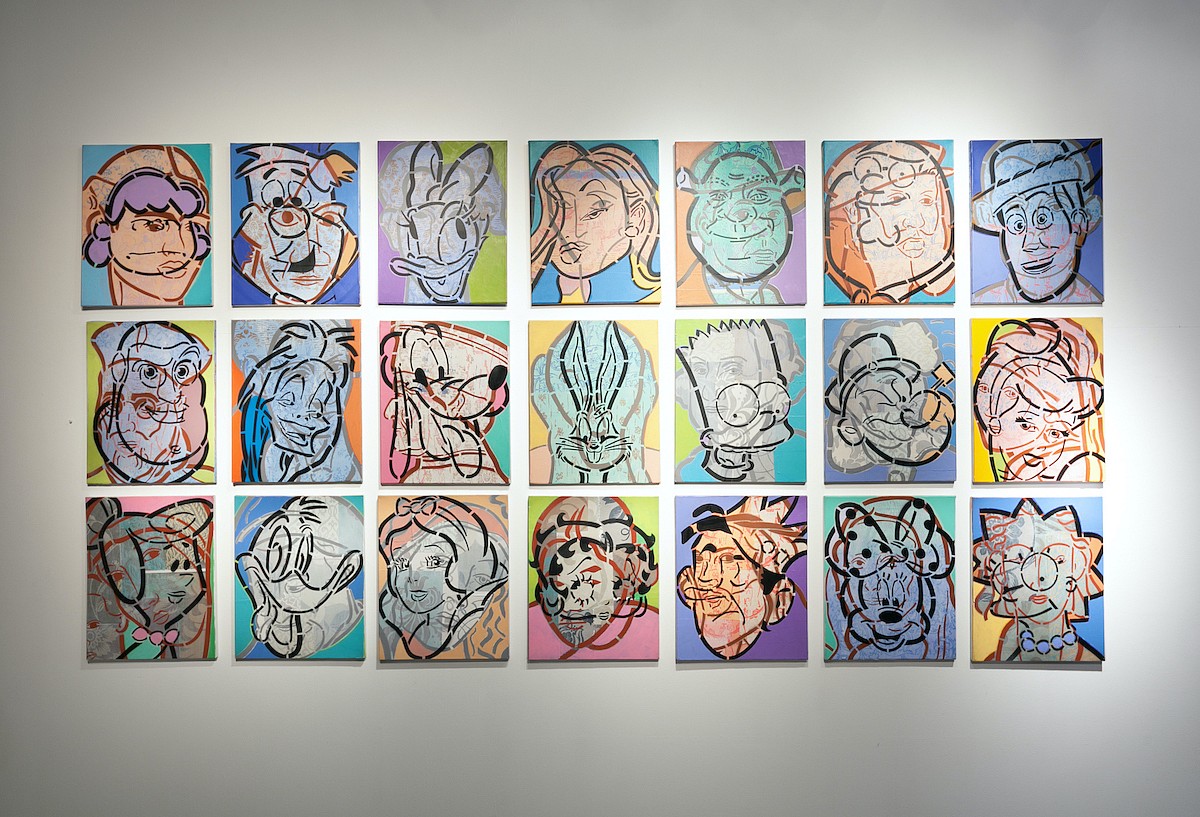 ACA Galleries is pleased to announce its upcoming exhibition, Michael Netter: Cryptographics, on view June 2 through July 29, 2016. The exhibition will feature paintings, video art and assemblages from the 1970s to the present.

For more than 40 years, Michael Netter has been religiously creating video art, paintings and assemblages. A self-taught artist, he became a protégé of Andy Warhol, fully immersed in the dynamic art world of New York City in the early 1970s.

In 1970, at age 22, Netter was drawn to the Sony Portopak, the world’s first portable video system. From a family of Hollywood moviemakers, Netter was no stranger to the power of storytelling and the moving image. He bought the video system, and began pioneering video art. At this point, Netter was introduced to Andy Warhol by his good friend and fellow Georgetown alumnus and Interview Magazine editor, Bob Colacello. From 1970 to 1973 Michael worked with Warhol and shot 200 videos of Factory superstars Joe Dallesandro, Jane Forth, Candy Darling, Brigid Polk, also events like David Bowie’s first visit to Andy’s Factory, and celebrities including actor Dennis Hopper at the Chelsea Hotel and fashion designer Halston to name a few.

During those formative years in Warhol’s Factory, Netter continued to paint. Warhol encouraged Netter after seeing a series of colorful grid paintings of brick walls and a portrait he painted of Andy. In 1973, Netter left the world of Warhol and, as a painter, went underground.

For Netter, painting has always been about self- fulfillment and the act of creation. He chose to keep the purity of his experience by remaining private with his art. The work to be exhibited at ACA Galleries will showcase a raw talent long overdo for artistic recognition. Rarely has such a singular body of work been hidden from the public for so long.

Looking at my work I have been most curious about the subjective and illusory nature of messages, narratives and symbols. I make riddles. My style is intentionally elemental: unmannered, denotative, vernacular, iconographic and impersonal. I want my work to feel like it was found on street walls. The joy I feel while painting drives what I do. I materialize my thoughts (and soul), seek to comprehend life’s mysteries, transcend the wearisome, and pay homage to higher powers. -Michael Netter