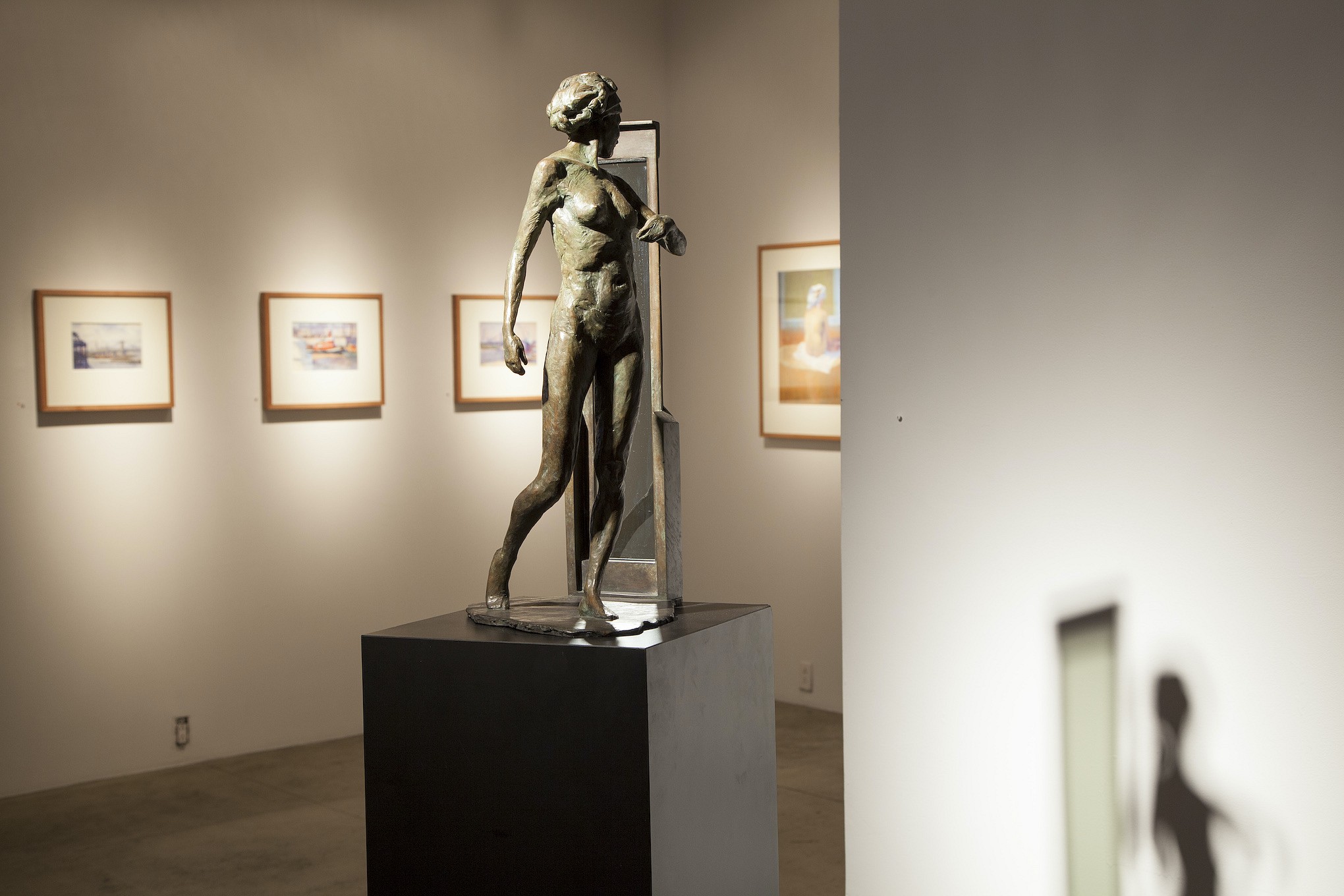 ACA Galleries is pleased to present JOSEPH PELLER: CIRCADIAN RHYTHMS OF THE CITY featuring recent paintings, prints and sculpture on view from March 13 through April 19, 2014.  The opening reception will take place on Thursday, March 13 from 6 to 8pm.  There will be an artist’s talk on Saturday, March 22 from 2 to 4 pm.

City of ambition, city of purpose, city of color and light and shadow, of people wrapped in those shadows or striding purposefully in its light: this is Joe Peller’s New York.

Peller shows us his city by bringing us into New York’s rhythms, the circadian cycles of day to night and around again. At any given moment in the city’s nightlife or during a day at the office, someone is doing something, or is about to do something, or waiting for someone, or is on his or her way to somewhere. The streets are never empty. There is always an action or a lingering presence everywhere. There is always a boat on the river. There is always a light—sunlight, streetlight, marquee light—defining the city and its people, its fabric and its bones. A color embraces them, a shadow protects them, light frees them. And what a light it is!  Peller is keenly aware that New York is a port city, a city of islands surrounded by water. He is akin to the Renaissance artists of Venice, another city on water, and like those artists, he captures that very special reflected light and color that bathes waterborne cities.

ACA Galleries’ exhibition, Circadian Rhythms Of The City: Recent Paintings, Works On Paper & Sculpture, presents us with the artist’s deepening involvement with New York. Through large works and small, from panoramic scenes of ships being serviced in dry dock or expansive street vistas, through smaller paintings and works on paper of everyday moments, Peller ushers us into an intimate existence sometimes overlooked amidst the energy that powers every action, every streetscape or portside view. These are timeless moments, lived by every New Yorker over its history, and Peller brings that history, unseen yet present, into our experience of his art.

Peller has exhibited in solo and group shows at galleries in New York and throughout the United States and Canada. He is represented in significant corporate and public collections including the Forbes Collection, Allentown Museum, Canadian Embassy in Washington, D.C., Bessemer Trust in San Francisco, and others, and in numerous private collections. He has been featured in several publications including American Art Collector, Arts and Antiques, and Mannheim, Germany’s important publication Thetis, an imprint of Manheim University.

Peller is a member of the faculty of the Art Students League, a position he has held since 2001. He lives in Manhattan and maintains a studio in the Brooklyn Navy Yard, affording him spectacular views of the city skyline, its East River bridges, and the Port of New York.