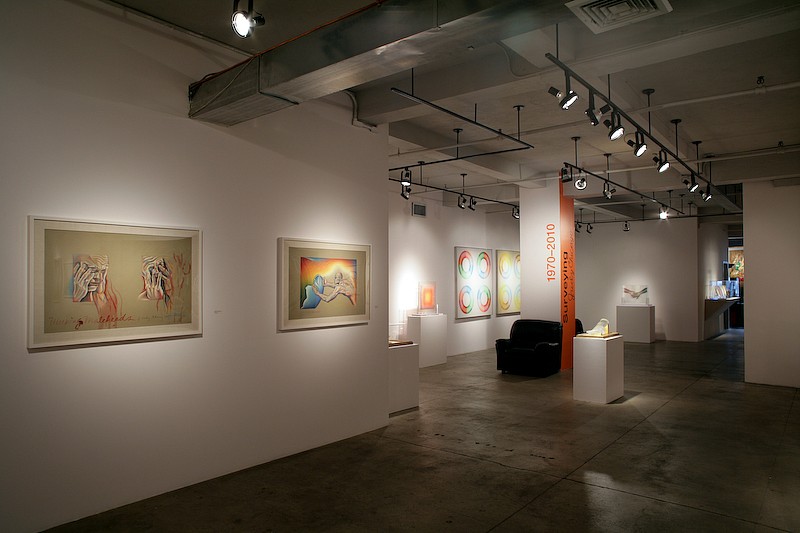 The first Judy Chicago survey exhibition in New York will be on view at ACA Galleries. A catalogue with an essay by Jenni Sorkin will be available.

This exhibition highlights work from Chicago’s impressive career and debuts the artist’s recent series in glass. The show also includes selected examples from some of her major collaborative projects (The Dinner Party, 1974-1979, the Birth Project, 1980-85, the Holocaust Project: From Darkness into Light, 1985-1993 and Resolutions: A Stitch in Time) along with less well-known work. Together, this survey provides a glimpse into the range of topics, themes, and techniques employed by the artist in her ground-breaking career.

For five decades Judy Chicago has produced art that is thought-provoking, passionate, revolutionary – and at times controversial. Discovering Judy Chicago as both an artist and writer (with 12 published books including her forthcoming Frida Kahlo: Face to Face with art historian Frances Borzello (Prestel, September 2010) is sure to be a revelation to those who associate her only with The Dinner Party.

Outside of New York, Chicago will have a glass show in Montreal at Musée des Maîtres et Artisans du Québec opening on September 22.  There will be several traveling exhibitions including Setting the Table: Preparing Judy Chicago’s The Dinner Party at Evansville Museum in Evansville, IN (Sept 2 – Dec 4, 2010), and Women Call for Peace: Global Vistas at Laband Art Gallery, Loyola Marymount University in Los Angeles premiering on October 1.

Many films have been produced about her work including Right Out of History; The Making of Judy Chicago's Dinner Party by Johanna Demetrakas; documentaries on her series Womanhouse, the Birth Project, the Holocaust Project and Resolutions; and two films produced by the Canadian Broadcast Corporation, Under Wraps and The Other Side of the Picture.