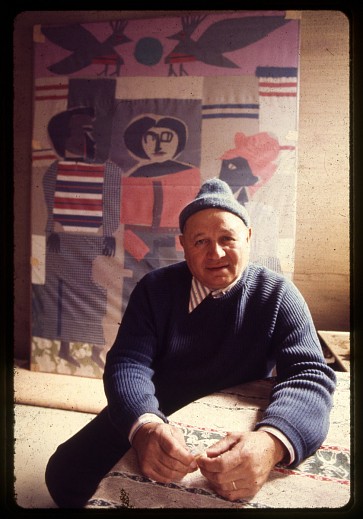 IN July 1963, a month before the Rev. Dr. Martin Luther King Jr.'s March on Washington, Romare Bearden met with a group of other black artists in his studio on Canal Street to talk about what they should do for civil rights. "Western society, and particularly that of America, is gravely ill, and a major symptom is the American treatment of the Negro," Bearden said. "The artistic expression of this culture concentrates on themes of 'absurdity' and 'anti-art,' which provide further evidence of its ill-health."

The collages that he made until his death in 1988 are among the glories of American art. They now occupy a floor of the Whitney Museum. This is the Bearden retrospective that attracted mobs of admirers at the National Gallery in Washington, where it was organized and first presented. As in Washington, it has inspired a slew of events -- lectures, concerts and more exhibitions, at the Metropolitan Museum, the Brooklyn Museum and elsewhere. Bearden, a beloved and influential figure in the history of art and black culture in New York, has finally come home.

It's a pity only that the retrospective is so big. Art like his -- mostly small, intense and intricate -- deserves close scrutiny. Good works packing a wallop are mixed with less good ones. A visitor's attention can flag and wander.

So here's my advice: pick a few favorites and stick with them. You might settle in front of "Expulsion From Paradise," for example. Get lost in its profusion of cutout birds, Old Master portraits, bra advertisements, a billy goat, an angel, a British officer in profile, standing stiffly at attention, and a waterfall surrounded by trees: comic heaven.

Or check out "Odysseus: The Sea Nymph," Bearden's sly adaptation of Matisse as a submarine artist, the colors almost suffocatingly lush, the shapes cool and sexy. Or peruse his "Conjur" series of solo heads and bodies in snappy silhouette. Or, in the show's last room, dive into the late monotypes, like "Mirror and Banjo," "Waterfall" and "Rain Forest," wet on wet pools of purple, blue and green, dripping with tropical heat.