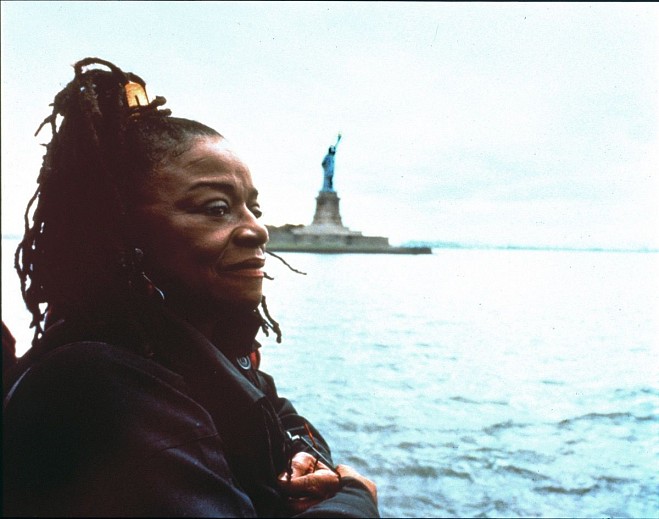 In 1967, a year of widespread race riots in America, Faith Ringgold painted a 12-foot-long canvas called American People Series #20: Die. The work shows a tumult of figures, both black and white, wielding weapons and spattered with blood. It was a watershed year for Ringgold, who, after struggling for a decade against the marginalization she faced as a black female artist, unveiled the monumental piece in her first solo exhibition at New York’s Spectrum Gallery. Earlier this year, several months after Ringgold turned 85, the painting was purchased by the Museum of Modern Art, cementing her legacy as a pioneering artist and activist whose work remains searingly relevant.

Where did she come from?

Ringgold was born in Harlem in 1930. Her family included educators and creatives, and she grew up surrounded by the Harlem Renaissance. The street where she was raised was also home to influential activists, writers, and artists of the era—Thurgood Marshall, W.E.B. Dubois, and Aaron Douglas, to name a few. “It’s nice to come up in a period where great changes are being made,” she once said. “And that was my period: the ’30s to the ’60s, when radical changes were being made.”

Ringgold received her art education at City College, down the street from her childhood home. “I got a fabulous education in art—wonderful teachers who taught me everything except anything about African art or African American art. But I traveled and took care of that part myself,” she’s said. After graduating, she began her career painting landscapes and still-lifes in the style of modern European masters. But her practice quickly pivoted to focus on her own experience and the political and social tensions that surrounded her, namely the struggle for equality among women and the black community.

Throughout her career, Ringgold’s work has been driven by the challenges and fulfillments of her life and the lives of those around her. “First of all, you should never make something, as an artist or even as a writer, that is outside of your experience,” she once said. “People will use what is available to them. I am black and I am a woman. There it is.”