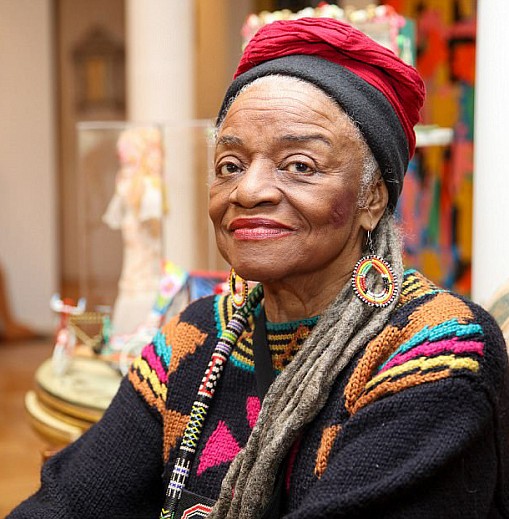 And it's time now for our Wisdom Watch segment. That's when we speak to those who've made a difference through their work and their lives. Today, we go back to 1963 when the fight over civil rights in America was nearing its boiling point. It was also the year that legendary artist Faith Ringgold began her series "The American People." It's a harrowing depiction of American life painted with bold colors and striking lines and absolute honesty. That series alone could have made a career. But Faith Ringgold went on to create other things - quilts, sculptures, books, maybe even now some digital apps. I spoke with Faith Ringgold earlier this year, and she told me how her neighborhood, Harlem in New York City, influenced her artwork.

FAITH RINGGOLD: Well, everybody looked beautiful all the time. I can recall that nobody ever went out the door that wasn't dressed nicely, even though it was the depression. I particularly remember on Sunday, the day we all went to church, if you didn't have it together, you kind of stayed in the house. But of course, in my family, we always had it together.

HEADLEE: Many people think of the art world as, you know, very liberal, open, accepting, but the Art World - capital A, capital W - can sometimes be quite the opposite. I wonder if it was complicated for you - by your choice of not only materials, but subject matter. You were very proud to mix things which were thought of as craft materials, that you were so famous for turning the quilt into high art. Your very first story quilt, for example, was "Who's Afraid of Aunt Jemima?" which is, you know, an advertising icon for syrup. Did that also complicate your relationship with the sort of elitist art world?

RINGGOLD: I would say no. I thought there was going to be a problem. And the reason why I began making quilts is because I wrote my autobiography in 1980 and couldn't get it published because I wanted to tell my story and my story didn't appear to be appropriate for African-American women. That's what I think, and that really made me so angry.