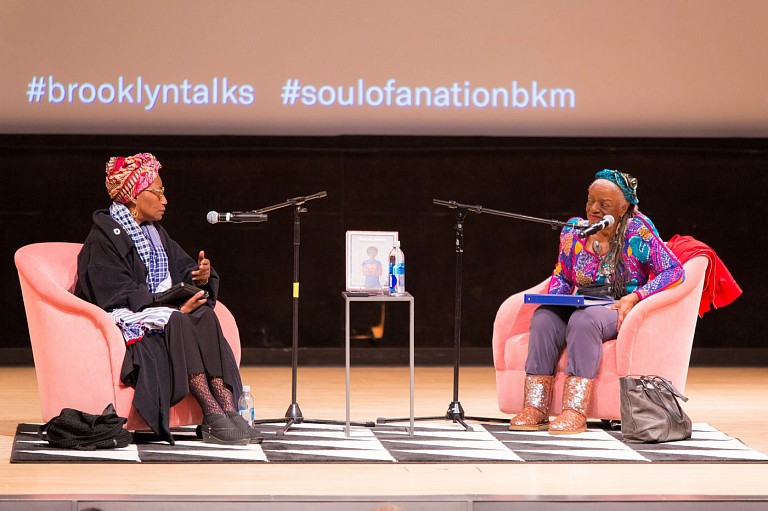 The Civil-Rights Activist Who Pushed Museums to Feature Black Artists

More than 300 people gathered at the Brooklyn Museum last night to listen to 87-year-old Faith Ringgold speak about her extraordinary career and activism, which included fighting for major New York City museums to feature work by black artists in the 1960s. Two of her artworks appear in the Brooklyn Museum’s recently opened retrospective, “Soul of a Nation: Art in the Age of Black Power, which features black artists who explored themes of race, identity, and activism from the years 1963 to 1983.

The sold-out event began with deafening applause and a standing ovation when Ringgold took the stage with her daughter, the art historian and critic Michele Wallace. “I became an artist because I wanted to tell my story as a black woman in America,” Ringgold began. “It was the height of the civil-rights movement, and I wanted my art to be a witness to the changes that were taking place.”

Ringgold was born in 1930 and grew up in Harlem. In 1955, after marrying her first husband and having two children, Ringgold attended the City College of New York to study art and earned both her bachelor and master’s degrees. She soon became a vocal civil-rights activist, and created protest posters for the Black Panthers. She also organized her own protests outside major New York City museums that featured no work by black artists.