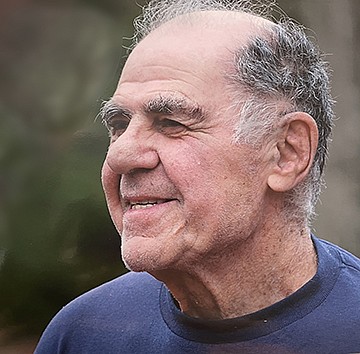 With sadness we announce the passing of Simon Perchik

A man of principles, Simon was a trailblazer. In his military career he reached the rank of First Lieutenant, flying 35 overseas missions. As an unrelenting environmentalist he served as Assistant DA for Suffolk County as its first Environmental Prosecutor from 1975-1980. In 1980 he retired to write full time as a prolific poet publishing more than 30 books. His archives are in the Beinecke library at Yale University.

Library Journal wrote “Simon Perchik is the most widely published unknown poet in America”. His poetry appeared in the New Yorker, The Nation and Partisan Review among numerous others.

He was married to Evelyn Perchik for 56 years. They had two sons, the late Rossetti Perchik and the late Dean Perchik. He is survived by his loving daughter, Dorian Bergen and her husband Jeffrey Bergen, grandchildren, Casey, Vaughn, Marieka and Katherine and his daughter-in-law Ann Perchik.

A memorial service will be held at Riverside Memorial Chapel 76th at Amsterdam Ave. on Tuesday, June 21 at 12:30pm.

People wishing to honor his legacy can make donations in his name to NRDC (Natural Resources Defense Council).