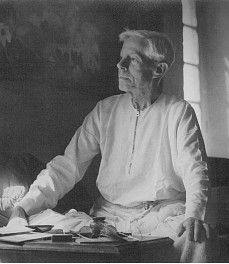 Earl Henry Brewster (1878-1957) studied art at the Cleveland School of Art and at age twenty he moved to New York City where he studied at the New York School of Art and with the American Impressionist Frank Vincent Du Mond at the Lyme Art Colony and at the Students Art League.

Brewster lived in Greenwich Village on Washington Square and became friends with other artists and authors including the poet Vachel Lindsay. In 1904 when Lindsay observed that a woman in a magazine cover painted by Earl closely resembled an artist named Achsah Barlow, he introduced Earl to her. They were married in 1910.

After their wedding, the Brewsters travelled to Europe and never returned to the United States except for a short visit in 1923. In 1912 Achsah gave birth to their only child, a daughter, Harwood. Until late 1935, they lived a slightly nomadic life moving frequently from one place to another, mostly in France and Italy. The Brewsters also traveled to Ceylon and India. They knew many of the well-known artists and writers of the time including D. H. Lawrence and Willa Cather, who became good friends.  The couple moved to Almora, India in 1935 and became friends with three generations of the Nehru family.

Brewster exhibited at the Philadelphia Academy of Fine Arts, the Boston Art Club, the Corcoran Gallery of Art in Washington, D.C. and in New York City at the Society of American Artists “28th Annual Exhibition,” the National Academy of Design and the New York School of Art. One of Brewster's paintings, “The Gray Harbor,” was purchased by the artist William Merritt Chase and another one was acquired by the Hillyer Gallery of Smith College. Later Brewster exhibited paintings at the Galerie Cheron and the Grand Palais in Paris and at the Pincio Casino and the Secessione in Rome. In India they showed at the Tagore Gallery in Calcutta and the Roerich Centre of Art and Culture in Allahabad.

The Brewsters personal correspondence as well as Achsah's memoir, The Child, are housed at Drew University Library in Madison, New Jersey.

In 2007 ACA Galleries presented the exhibition Divine Pursuit: The Spiritual Journey of Achsah and Earl Brewster with a catalog.