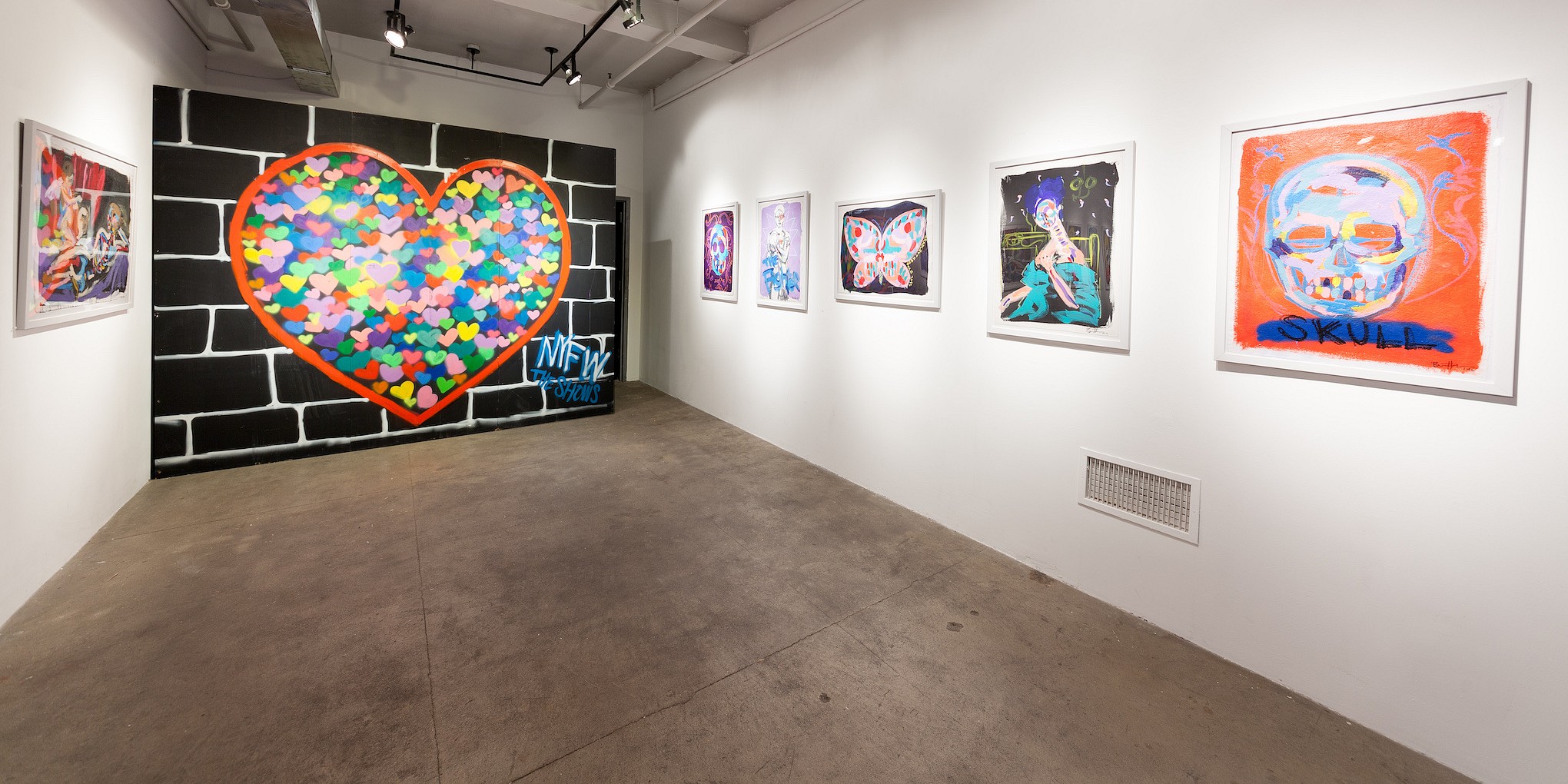 ACA Galleries is pleased to announce its upcoming exhibition, The Bradley Theodore Experience, on view September 15th through October 29th, 2016.

This exhibition marks Theodore’s first solo exhibition in New York after returning from a successful year-long overseas tour that included solo exhibitions in Hong Kong and London.  Including more than 30 new paintings and works on paper inspired by Theodore’s travels and pop culture portraits, The Bradley Theodore Experience will also feature a virtual reality environment painted on-site by Theodore.  This will be the first time ACA Galleries will feature an interactive, virtual reality environment as part of an exhibition.

For the first time viewers will be able to immerse themselves in a Bradley Theodore painting and experience his mural style in 3-D using virtual reality headsets.  - Casey Bergen

Born on the island of Turks & Caicos, Bradley Theodore has become an integral part of the New York art scene.  Dedicated to making his art accessible to everyone, his iconic subjects can be seen in the streets of international cities including New York, London, Los Angeles, Oslo and Paris.

This past year Theodore has been the subject of a documentary short, Becoming Bradley Theodore, which premiered at the Tribeca Film Festival in April 2016.