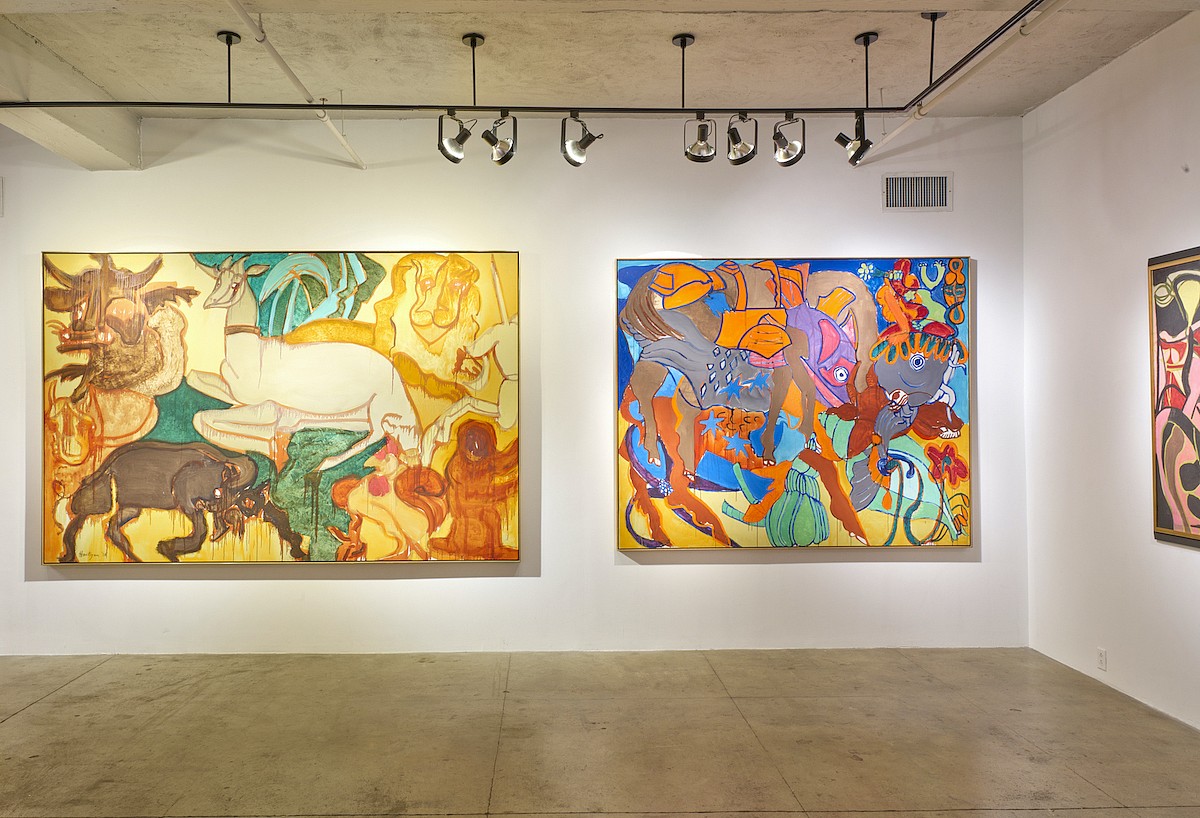 ACA Galleries is pleased to present GRACE HARTIGAN: A SURVEY. This exhibition will feature paintings and works on paper from 1949 to 2006. A catalogue with an essay by Robert S. Mattison will be available.

In 1953 the Museum of Modern Art purchased The Persian Jacket. Her work was included in MoMA’s Twelve Americans show in 1956 and in its 1958 seminal New American Painting exhibition that toured Europe through 1959.

In 1960 Grace Hartigan moved to Baltimore, eventually teaching at the Maryland Institute College of Art, which built a graduate school around her practice: the Hoffberger School of Painting. She became its director in 1965.

Hartigan’s work is included in the traveling exhibition Women of Abstract Expresssionism organized by the Denver Art Museum; on view at the Mint Museum in Charlotte, NC (October 22, 2016–January 22, 2017) and at the Palm Springs Art Museum, FL (February 18–May 29, 2017).

Robert S. Mattison has authored 7 books and more than 90 articles including Grace Hartigan: a painter’s world (1990). He has also curated over 30 museum exhibitions. He received his BA in art history from Middlebury College, his MA from Williams College, and his PhD from Princeton University. He is currently the Marshall R. Metzgar Professor of Art at Lafayette College in Easton, Pennsylvania.