SOCIAL ART IN AMERICA: THEN AND NOW 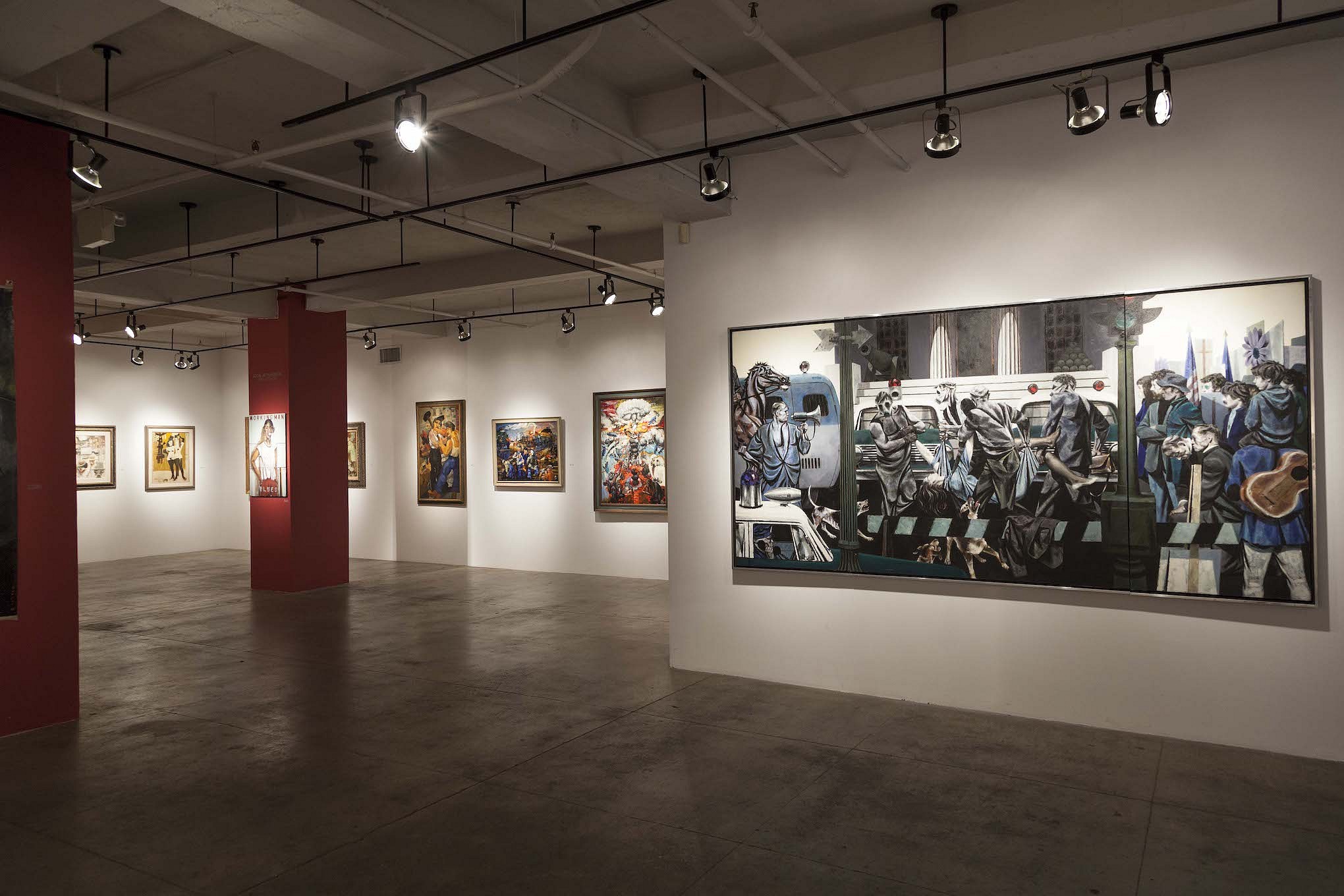 The arc of the exhibition traces the 1930’s cry for economic justice, through mid-century America’s struggles for civil rights, and arrives in our own time, when our fragile social compact is still being threatened.  Though their times and social concerns are different, what unites their work is an understanding that the progress of civilization is often paid by the most vulnerable of society.

Jacob Lawrence’s first three works in his Struggle Series, from the History of the American People will be on view.  Struggle Series #3:Masquerade, recently rediscovered in Germany, is being exhibited publicly for the first time in the United States.

Philip Evergood expresses outrage at Capitalism’s abuse of working people in An American Tragedy (1937), in this iconic piece depicting a confrontation outside a steel mill in Chicago on Memorial Day in 1937.

Faith Ringgold’s monumental 1967 painting American People Series #19: U. S. Postage Stamp Commemorating the Advent of Black Power recently returned from a national traveling solo exhibition.  In conjunction with Friends of the High Line, Ringgold’s Groovin’ High will be featured on the High Line Art Billboard in Chelsea (@ 10th Ave. & 18th Street) from May 2nd through 31st, 2014.

Contemporary Social Artists have expanded their concerns into the realm of private human experience: race, gender, environmental issues and the abuse of power.  Luis Jimenez, whose untimely death in 2006 deprived us of one of America’s most powerfully lyrical Chicano artists, reveled in the poignant intimacy and muscular drama of Hispanic American reality and struggle.

It is sometimes said that those who are creative in one field are also creative in another, and such is the case with John Mellencamp.  Known primarily for his award-winning music, whose themes of working-class struggles and rural hardship are right in line with Social Realist art, Mellencamp is also a serious painter tackling serious themes. Uniting the Modernist and Realist traditions, Mellencamp’s canvases bristle with the anger and power just under the shiny American veneer.

The exhibition presents the variety and vitality of American Social Realism.  Since 1932, ACA Galleries has given voice to America’s Social Realists, starting with exhibitions by Depression era artists Philip Evergood, William Gropper, Reginald Marsh, Raphael and Moses Soyer, Rockwell Kent and others, who stood firm in the face of political pressure to modify their imagery. ACA, while also facing political threat in the 1930s, remained steadfast in support of these courageous voices.   History has rewarded that effort.  Many of the original Social Realist artists introduced by ACA have since been recognized as the backbone of the Modernist American canon, their works now treasured in major museums.