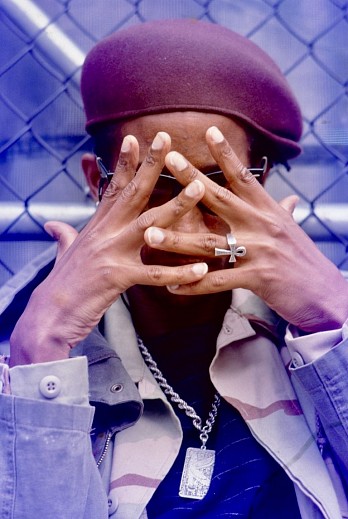 Phase 2, an Aerosol Art Innovator, Is Dead at 64

Phase 2, who in the early 1970s was one of the most prolific, inventive and emulated New York graffiti writers, and who later produced early hip-hop’s most innovative fliers, died on Dec. 12 at a nursing and rehabilitation center in the Bronx. He was 64. The cause was amyotrophic lateral sclerosis, also known as Lou Gehrig’s disease, his longtime friend David Schmidlapp said.

In the South Bronx at the dawn of the 1970s, all the creative components that would coalesce into what became widely known as hip-hop were beginning to take shape. At the center of them all was Phase 2, an intuitive, disruptive talent who first made his mark as a writer of graffiti — although he hated the term. “He had a natural gift or ability to stylize letters,” said Alan Ket, a founder of the Museum of Graffiti in Miami, adding that he “continued to develop styles that were pioneering or just wildly innovative.” His influence on the burgeoning art form was seismic.

The graffiti artist Coco 144, born Roberto Gualtieri, met Phase 2 in 1973 and found him to be an almost mystical figure: “a person from another dimension that came in and deconstructed the letter and reconstructed it again.”

Phase 2 was born Michael Lawrence Marrow on Aug. 2, 1955, in Manhattan. He was raised primarily in the Bronx, in the Forest Houses projects, and attended DeWitt Clinton High School, which in the early 1970s was rapidly becoming a graffiti hotbed. Conveniently, it was across the street from a Transit Authority storage yard; subway cars were the preferred canvas of the day.

He began writing graffiti in October 1971, inspired by a cousin, who went by the name Lee 163d. The form was evolving rapidly, with each day delivering a fresh set of artworks on train lines across the city. Phase 2 was best known as the pioneer of softies — bubble-style letters that helped usher graffiti away from simple tags and toward full-fledged artworks. He painted a variety of substyles of these letters, with a name for each: “squish luscious,” “phasemagorical phantastic” and so on. Many innovations that became commonplace, like loops and arrows, are credited to Phase 2.

“His lettering constantly changed; you never saw his tag repeat itself. He was constantly trying to destroy himself, destroying his previous style,” said Hugo Martinez, who formed the United Graffiti Artists collective, of which Phase 2 was a member, in 1972.

Phase 2 — sometimes referred to as Phase Too or Phase II — was featured at the first gallery show of graffiti, a United Graffiti Artists presentation at the Razor Gallery in SoHo in September 1973. Writing in The New York Times, the critic Peter Schjeldahl singled out one of his canvas works: “Phase II’s name is couched in fat, sensual, screaming‐pink script set in an ambience of blue billows.”

He also painted onstage, along with several other writers, as part of Twyla Tharp’s ballet “Deuce Coupe” in 1973.