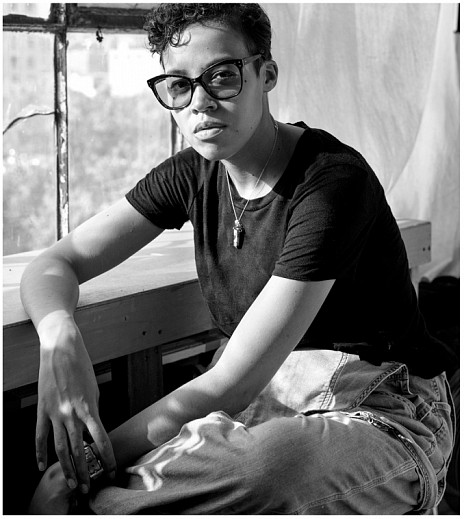 The museum is assembling the group by inviting 21 artists to identify an additional honoree who “has influenced their thinking.” Sherald chose Roberts; Casteel selected Ringgold; and photographer Christopher Williams reached out to Hartt. The five African American artists being recognized at the Artist x Artist gala are experiencing new levels of growth and recognition.

Sherald and Roberts both focus on black representation and recently presented solo exhibitions at the Spelman College Museum of Fine Art in Atlanta. Sherald, who paints imagined portraits of real people, is connected with another Smithsonian museum. She won the National Portrait Gallery’s Outwin Boochever Portrait Competition in 2016 and famously painted First Lady Michelle Obama’s official portrait, which was unveiled at the museum in 2018. Sherald’s first exhibition at Hauser & Wirth gallery in New York opens Sept. 10.

Austin, Texas-based Roberts makes collage portraits that explore girlhood and boyhood and the influence of pop culture on identity, vulnerability, and perceptions of beauty. Earlier this year, she had exhibitions at Vielmetter Los Angeles and Stephen Friedman Gallery in London, her first solo show in Europe. Two volumes, “Deborah Roberts: The Evolution of Mimi” and “Deborah Roberts: If they come,” the first dedicated to her practice, were just published documenting her exhibitions in Atlanta and London.

Currently on view at Serpentine Galleries in London, “Faith Ringgold” is the artist’s first solo show at a European institution. The five-decade survey features early paintings examining the state of race and gender in America, 1970s era political posters, story quilts dating from the 1980s, and more recent work.

In recognizing Ringgold, 88, Casteel, is actually acknowledging two artists who have come before her and inspired her. Casteel has said her favorite artwork is a 1977 portrait of Ringgold by Alice Neel (1900-1984). “The painting that Alice Neel did of Faith Ringgold is one of those paintings that is just stuck in my psyche,” Casteel says in a New York Times video.

“The painting that Alice Neel did of Faith Ringgold is one of those paintings that is just stuck in my psyche.” — Jordan Casteel
Casteel, 30, lives in Harlem and paints large-scale portraits of people she encounters, including street vendors, business owners, stoop sitters, and subway riders, people in the community who she has said “might be easily unseen.” She sees a sense of humanity in Neel’s portraits, a level of consciousness reflected in her own work—her choice of subjects, and the pride and care she takes in representing them.

“Jordan Casteel: Returning the Gaze” is the artist’s first solo exhibition at a major museum. After debuting at the Denver Art Museum, Casteel’s hometown museum, the show is traveling to the Cantor Arts Center at Stanford University where it opens Sept. 29.