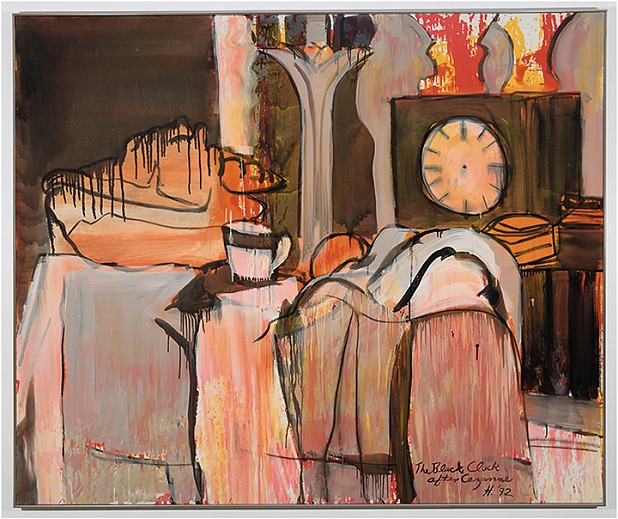 A homecoming for Abstract Expressionist Grace Hartigan at The Armory Show

Grace Hartigan moved to New York in 1945 to paint, and her star rose fast. Within five years she had exhibited in a show curated by the art world heavyweights Clement Greenberg and Meyer Schapiro, in 1951 she had a solo show at Tibor de Nagy Gallery, and the Museum of Modern Art soon acquired one of her paintings. The accolades kept coming. But then Hartigan left Manhattan for good in the early 1960s and moved to Baltimore. Being away from the New York scene allowed her more freedom, but it also meant that she was, largely, out of the game.

Now this second-generation Abstract Expressionist is being singled out in the city where it all started for her, with a solo presentation at The Armory Show with ACA Galleries (which represented Hartigan during her lifetime, and then her estate after her death in 2008). It will include nine paintings and illustrates every decade of her career from the 1950s to the 2000s.

The Armory stand comes as Hartigan is receiving more scholarly and market attention, although mostly for her canvases of the 1950s and 60s. “She was a markedly uneven painter, with brilliant early works and weak late ones,” says Cathy Curtis, the author of the 2015 Hartigan biography, Restless Ambition: Grace Hartigan, Painter. “For that reason, a full retrospective would not burnish her reputation.”

ACA Galleries offers a different perspective, selecting later paintings and two collages. Hartigan typically worked on collages while spending the summer in Maine every year, since she limited the materials she brought there. “They’re a small-scale, experimental part of her work that provide insight into how she’s thinking,” says Mikaela Sardo Lamarche, ACA Galleries curator. “They’re like sketches, for her.” The collages going on view were made as book covers for a collection of poems by Hartigan’s friend, the poet Barbara Guest. 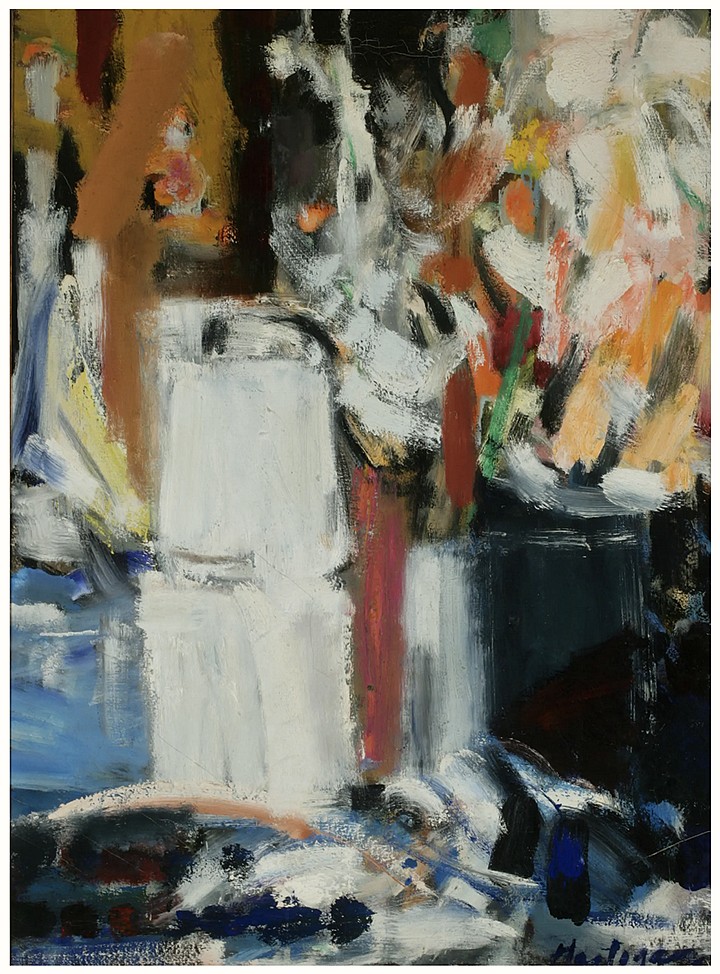 A rising market lifts all works

Attitudes towards Hartigan’s collages are changing, with one selling for $75,000 (with fees) at a Christie’s online auction last summer—five times its high estimate and a record price for her works on paper. This reflects a general reassessment of Hartigan’s life and work, which Lamarche attributes to a confluence of forces. There has been a rediscovery of women AbEx painters following the landmark 2016 exhibition at the Denver Art Museum Women of Abstract Expressionism and the publication of Mary Gabriel’s exhaustively researched book Ninth Street Women (2018).

All of the top ten auction results for Hartigan were achieved in the past four years. In May of this year an abstract canvas, Early November (1959), sold at Christie’s for $1.38m (with fees), setting a new secondary market record for Hartigan and doubling the one set last year when the auction house sold The Phoenix (1962) for $687,500. Last summer, Christie’s also hosted a private selling exhibition in Southampton, Grace Hartigan: No Rules, with cumulative sales rumoured to have exceeded $1m.

“It’s very difficult for artists to have enormous success in their early years and then chase it for the next 40, 50 years. She wasn’t around to see her market soar in the way it has,” says Lamarche, who knew Hartigan personally from the 1990s until her death in 2008. “She’d be of the opinion that it’s about time.”