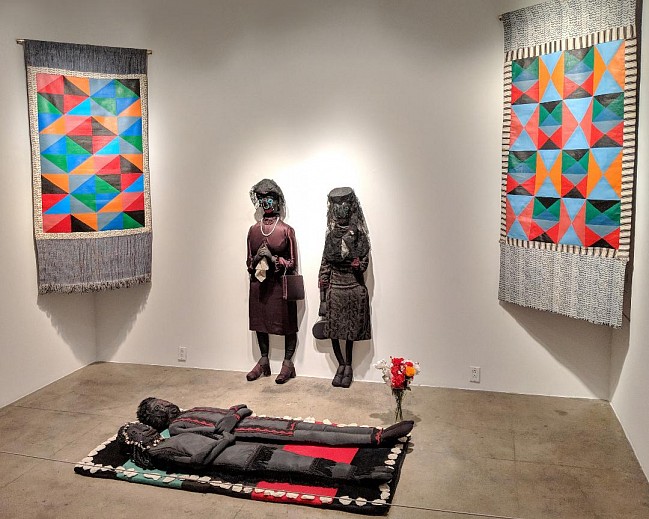 The Fantastic Life of Faith Ringgold

As with most stories worth telling, my encounter with Faith Ringgold began auspiciously on a dark and rainy day. Sometime in early 2016 in a museum an hour north of New York City, I stood before a large hanging quilt by Ringgold, entitled “Who’s Afraid of Aunt Jemima?” (1983).

The quilt was composed of alternating grids of illustrated figures and handwritten text. Alone in the museum, I had the luxury of reading each panel closely. The panels told the fictional story of Aunt Jemima Blakey as a successful entrepreneur, upending a familiar derogatory stereotype. Ringgold had imagined an enthralling tale for Jemima and her family, yet the work’s autobiographical undertones are undeniable. This tendency to channel herself and her family through fictional characters in her work recurs throughout her career.

In late 2018, I interviewed Ringgold to learn more about her life and career, which encompasses over 60 astounding years of art making. As late as I was to her work, I was consoled by the fact that MoMA had only recently acquired (in 2016) what is considered her first major painting, “American People Series #20: Die” (1967).

“Die” is an explosive scene that unapologetically portrays the brutality of the 1960s racial violence — bloody bodies are strewn across the monumental canvas in a triangular composition, reminiscent of African Kuba patterns and Picasso’s 1937 painting “Guernica.” Ringgold explained to me,

I want the story to be told so that people understand what’s going on. It’s important to me to express the ills of society that are widely accepted while also delivering the message without only seeing the ill. I try to show both the good and the ill. For example, Picasso’s “Guernica” — all the bad and evil was depicted in such a way that you can deal with it. For me that is key.