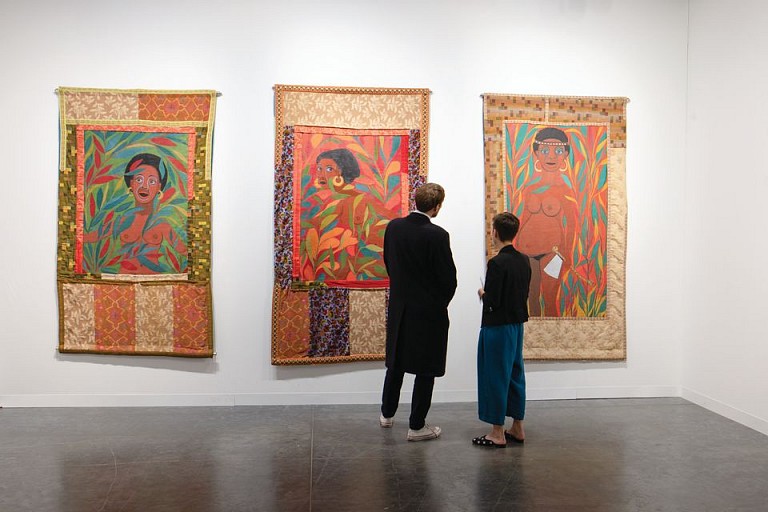 As we traverse Art Basel in Miami Beach, Isaac Julien is mobbed and praised by collectors and fans at every other step. The London-based artist and film-maker is best-known for his poetic and visionary documentaries such as the film installation Lessons of the Hour: Frederick Douglass (2019), which is being shown at Metro Pictures. In the fair’s new Meridians section is the US premiere of Julien’s Lina Bo Bardi—A Marvellous Entanglement (2019), a tribute to the late Brazilian artist and architect. Here, he shares with us his favourite works at the fair.

Faith Ringgold, Slave Rape thangka paintings (1972), Pippy Houldsworth: “There is something about the neglect that Faith Ringgold’s work has received that is so interesting. She discarded so much of her work and most pieces are just now seeing the light of day. Maybe because of that, these look like they were made yesterday. There is something ironic about the fact that people didn’t look at these works back then, that they were hidden away and now they are being appreciated. There is something wicked and bittersweet about it.”