For Faith Ringgold, the Past Is Present

The Harlem artist will have works from the 1970s and 1990s on view at Art Basel Miami Beach.

An Art-Inspired Gift Guide to Make Your Holidays Shine Bright

With the holidays nearly upon us, it’s time again to start thinking about how you want to celebrate your loved ones. If capitalism is your preferred means for expressing affection, have no fear, Hyperallergic’s editors have banded together to offer our picks for some of this year’s top art-related gifts. From books, to playing cards, and various hand-crafted goods, we’ve got you covered this Black Friday and Cyber Monday. Peruse away below:

Black art has its moment, finally

What made the 2010s the most thrilling of all the decades I’ve spent in the New York art world was the rising presence of Black artists of every ilk, on every front: in museums, commercial galleries, art magazines, private collections and public commissions. 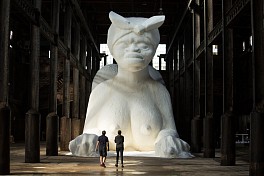 A Sea Change in the Art World, Made by Black Creators

What made the 2010s the most thrilling of all the decades I’ve spent in the New York art world was the rising presence of black artists of every ilk, on every front: in museums, commercial galleries, art magazines, private collections and public commissions.

Under the leadership of director Christopher Bedford, the Baltimore Museum of Art has made strides towards diversifying its collection. In 2018, the institution sparked a controversy when it deaccessioned works by white male artists like Andy Warhol, Robert Rauschenberg, and Franz Kline, and used proceeds from those sales to purchase pieces by Charles Gaines, Emma Amos, Faith Ringgold, Ana Mendieta, and other artists of color and women artists. 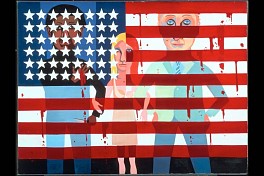 ‘Soul of a Nation’ explodes with Black Power

“Soul of a Nation: Art in the Age of Black Power 1963-1983,” a comprehensive traveling exhibition celebrating African-American art and artists from the stormy, revolutionary, momentous Black Power era, has arrived at the de Young Museum.

Lisa Farrington, Ph.D., Distinguished Professor and Founding Chair Emeritus in the Department of Art & Music, has lived a life surrounded by art—whether creating it, analyzing it, writing about it, or teaching a course, art has been at the center of her life. Over the years, her work has garnered a number of accolades, most recently the Lifetime Achievement award from the Anyone Can Fly Foundation. The award, which honors master artists and scholars of the African diaspora, was especially meaningful because it came from Faith Ringgold, the artist that awoke Farrington’s passion for African-American art. “Growing up I didn’t know much about African-American artists because African-American art wasn’t being taught in most schools at the time. It was during an art class that I took while pursuing my bachelor’s degree at Howard University, a Historically Black College, that I was introduced to Faith Ringgold’s work. We were shown her painting ‘American People Series #20: Die’ and I was completely blown away by her work. That piece now hangs next to Picasso’s ‘Demoiselles d’Avignon’ at the Museum of Modern Art.” Years later, while attending the CUNY Graduate Center, Ringgold’s work took center stage in Farrington’s doctoral dissertation, which later became two books, and put her on a path toward educating at John Jay.

During the 1990s, while pursuing my graduate art history degree at New York University, I worked in the Education Department of the Museum of Modern Art, where I led gallery tours of the museum’s permanent collection for the general public and occasionally VIPs. At that time, the permanent exhibition galleries, representing art produced from 1880 to the mid-1960s, were arranged to tell the “story” of modern art as conceived by founding director Alfred H. Barr, Jr., beginning with Monet and Cézanne, and then leading into Picasso, Futurism, Surrealism, and Jackson Pollock. According to Barr, “modern art” was a synchronic, linear progression of “isms” in which one (heterosexual, white) male “genius” from Europe or the U.S. influenced another who inevitably trumped or subverted his previous master, thereby producing an avant-garde progression. Barr’s story was so ingrained in the institution that it was never questioned as problematic. The fact that very few women, artists of color, and those not from Europe or North America—in other words, all “Other” artists—were not on display was not up for discussion. Indeed, I was dissuaded by my boss from cheekily offering a tour of “women artists in the collection” at a time when there were only eight on view.

MoMA Reopening: Everything You Need to Know

For the last four months, one of the best known art institutions in the country, the Museum of Modern Art has been closed as part of an approximately $450 million renovation.