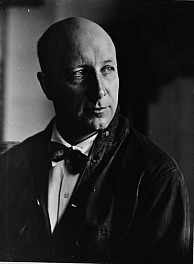 George Wesley Bellows (1882-1925) is closely associated with Robert Henri’s group “The Eight” and the Ashcan School, American art movements at the turn of the 20th century, known for portraying everyday scenes of life in New York. These movements brought art into closer in touch with daily life and greatly influenced the course of American art.  Bellows' portraits of working-class people and neighborhoods were executed in a loose, somewhat impressionistic style, with bold brushstrokes, thick paint, and a muted color palette.

Bellows' portrayal of boxing matches is arguably his signature contribution to art history. They are characterized by moody atmospheres, through which the bright brushstrokes of the human figures vividly strike with a keen sense of motion and direction.

In addition to painting, Bellows made significant contributions to lithography. Between 1921 and 1924 Bellows created more than one hundred images helping to expand the use of the medium as a fine art in America.

George Bellows is considered one of the most acclaimed American artists of his generation. In his later career he illustrated numerous books including several by H.G. Wells.