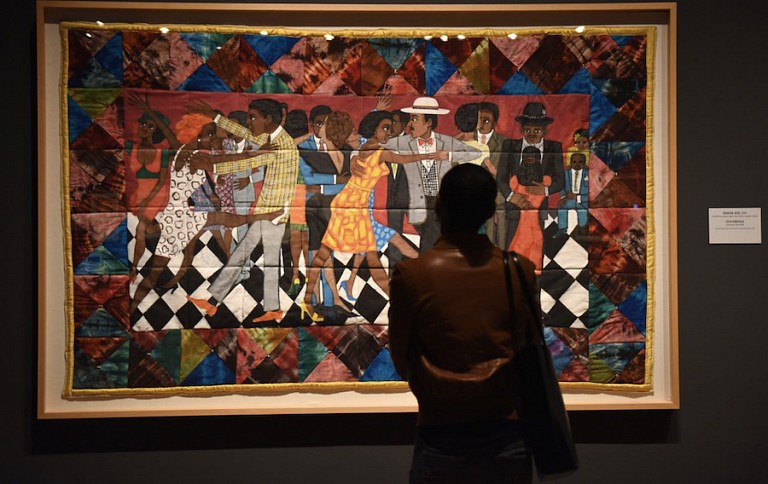 Black art has its moment, finally

What made the 2010s the most thrilling of all the decades I’ve spent in the New York art world was the rising presence of Black artists of every ilk, on every front: in museums, commercial galleries, art magazines, private collections and public commissions.

During this exhilarating sea change, new talent emerged, older talent was newly appreciated and the history of American art was suddenly up for grabs — and in dire need of rewriting.

Change was foreshadowed by earlier exemplars like (to name but a few) Faith Ringgold, Barbara Chase-Riboud and Robert Colescott in the 1960s; Adrian Piper and David Hammons in the 1970s; Jean-Michel Basquiat, in the 1980s; Chris Ofili, Kara Walker, Glenn Ligon and William Pope. L in the 1990s. The 2000s brought artists like Mark Bradford, Julie Mehretu, Mickalene Thomas, Rashid Johnson, Xaviera Simmons, Adam Pendleton and the great Henry Taylor, who had his first show in 2005 at Daniel Reich’s tiny gallery in Chelsea. I remember being stopped in my tracks by those paintings of Black Angelenos in everyday circumstances.

For me, the decade began a bit early, in 2007, with the striking coincidence of two full-dress museum retrospectives devoted to Black artists: Kara Walker’s incendiary depictions of the antebellum South at the Whitney Museum of American Art and Martin Puryear’s quietly insistent sculptures at the Museum of Modern Art. But things really got underway after 2010.

In 2011, Glenn Ligon filled the fourth floor of the Whitney, still on Madison Avenue then, with his forceful entwinings of art and Blackness in America, starting with paintings that reduced texts from Ralph Ellison’s “Invisible Man” to nearly indecipherable tar-like surfaces.

Contrasting that was Mickalene Thomas’ boisterous midcareer survey at the Brooklyn Museum in 2012, featuring her large-scale relief paintings celebrating Black women in lavishly decorated interiors that riffed on Matisse’s odalisques. No Manhattan museum had the nerve to do a show that questioned so many different norms, from women’s beauty to high art.
Two years later came Kara Walker’s amazing installation at the Domino Sugar factory in Williamsburg. Titled “A Subtlety, or The Marvelous Sugar Baby,” it centered on a monumental, brilliantly white (because it was sugar-covered) sphinx with the head and breasts of a Black woman that was majestic yet sexualized. Its caustic subtitle spelled things out: “a homage to the underpaid and overworked Artisans who have refined our Sweet tastes from the cane fields to the Kitchens of the New World on the Occasion of the demolition of the Domino Sugar Refining Plant.”

Another milestone was “Mastry,” Kerry James Marshall’s survey at the Met Breuer in 2016, and the Metropolitan Museum of Art’s first-ever retrospective of a living Black artist. It was also important that Marshall’s paintings are representational: fastidiously rendered, densely allegorical scenes occupied by ebony-skinned figures that touch on everything from the failure of housing projects to Renaissance art. His work sanctioned the determination of many young artists to populate their paintings with images of women and Black people traditionally absent from the medium.