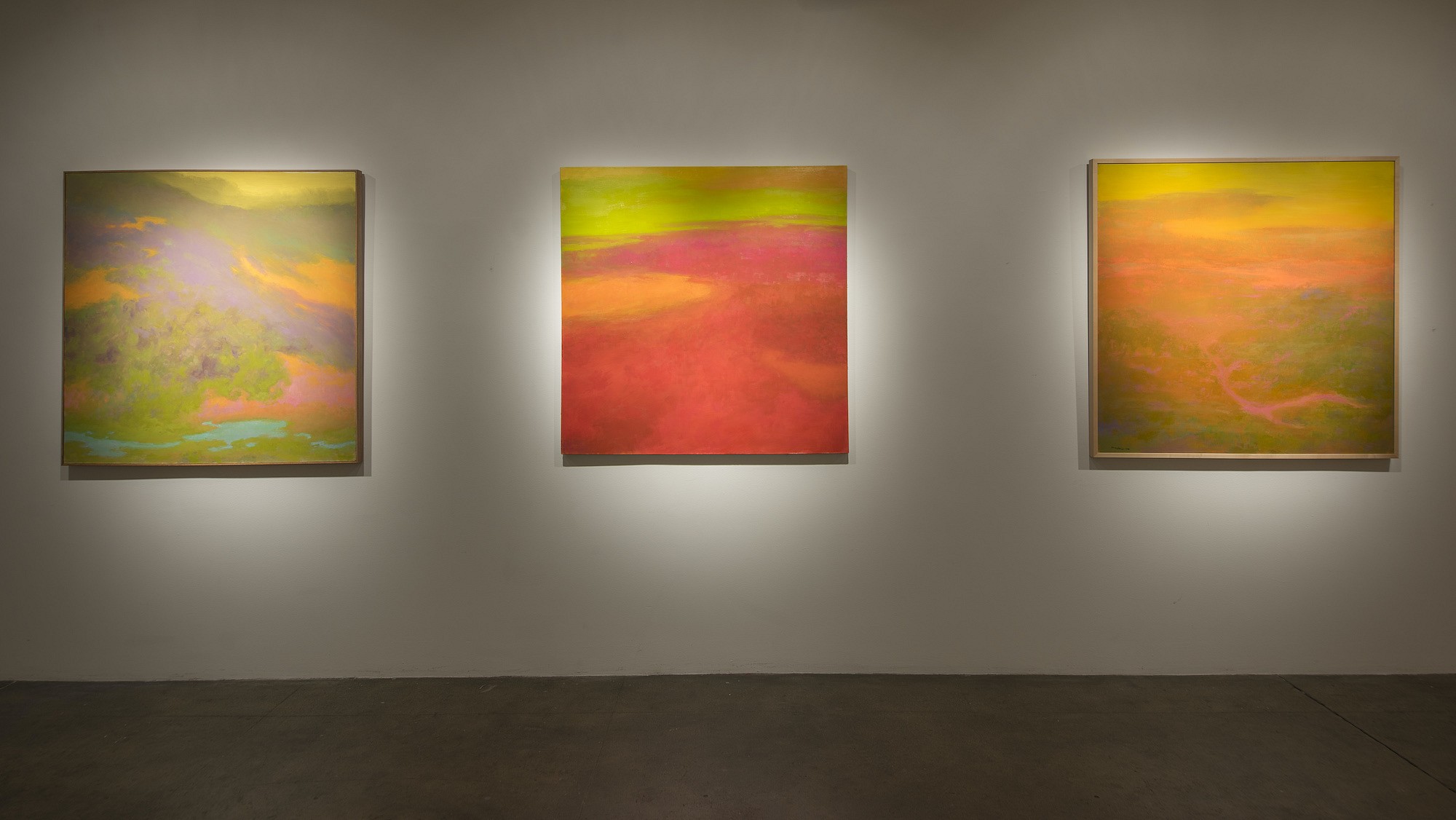 ACA Galleries is pleased to present a solo exhibition of Richard Mayhew, Transcendence, on view June 4 through November 14, 2020.  This show celebrates the release of his first monograph with an essay and interview by Andrew Walker, Executive Director of the Amon Carter Museum (Chronicle Books, 2020).

Born 1924 in Amityville, New York Mayhew’s parents were descendants of African-Americans and Native-Americans. Early on he learned about Native American culture and folklore which instilled in him a lifelong reverence for nature.

In 1945, Mayhew moved to New York City and attended the Brooklyn Museum of Art’s School and Art Students League, where he studied with Reuben Tam, Edwin Dickinson, Hans Hofmann and Max Beckmann.  His first solo exhibition was at the Brooklyn Museum of Art in 1955. Recognized as one the most important living American landscape painters, he has had more than forty solo exhibitions over the last fifty years.

In 1958, Mayhew was awarded the John Hay Whitney Foundation Grant which enabled him to travel to Europe in 1959 to continue his studies. After returning to New York in 1963 he became a founding member of “Spiral,” a group of African-American artists and intellectuals committed to promoting civil rights in the art world.

When I paint a tree, I feel it, I have an intense emotional and spiritual union with nature. That’s part of my heritage and I’ve been faithful to it. – Richard Mayhew