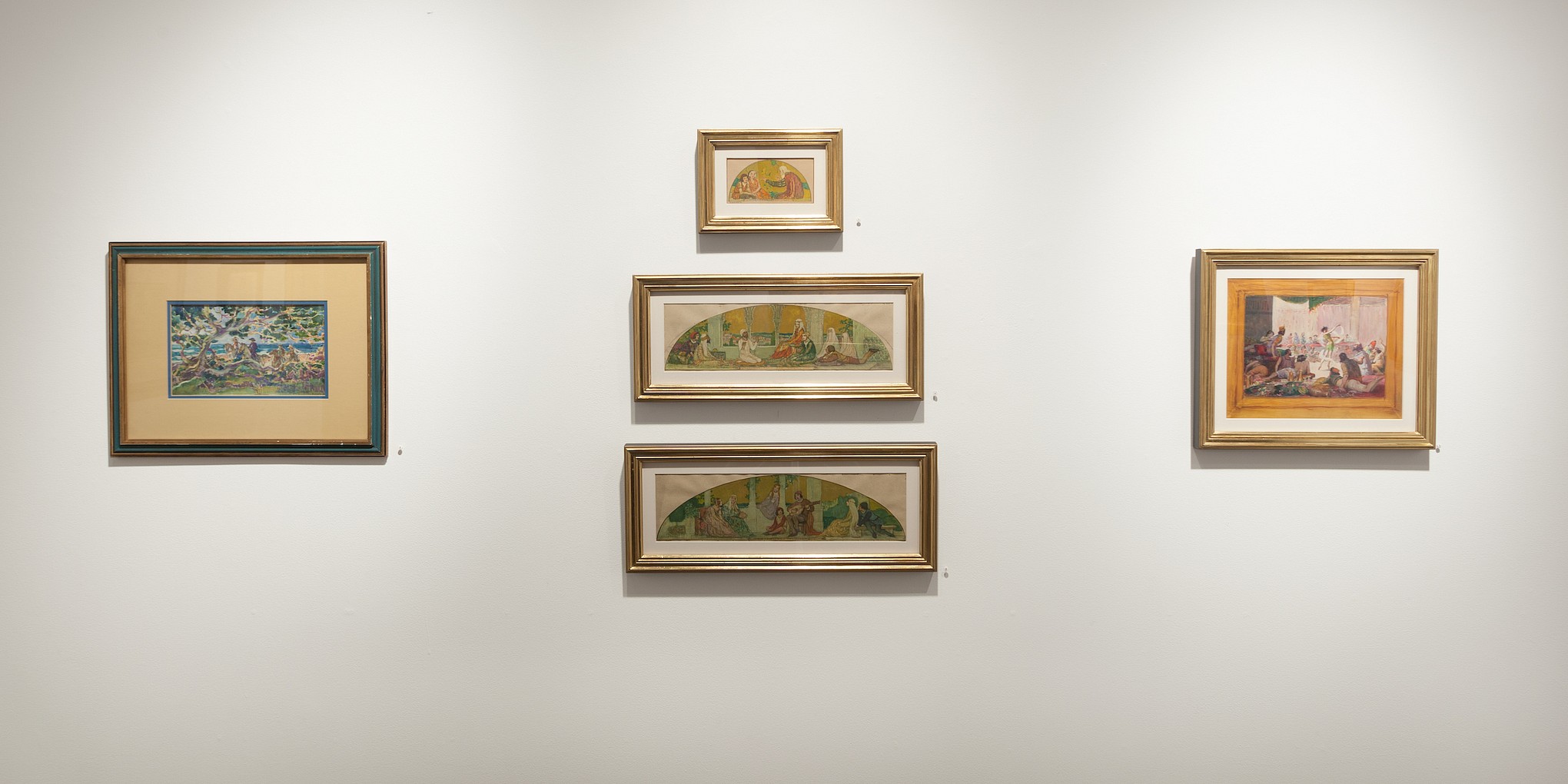 ACA Galleries is pleased to announce the upcoming exhibition of work by Francis Luis Mora on view April 13 through May 21 , 2016. This exhibition features paintings and works on paper.

The broad oeuvre of Francis Luis Mora infused early 20th century American art with the energies of Hispanic and American cultures. Uruguayan born but American bred and trained, Mora’s imagery delights as much in the elegance of a Spanish mantilla as in the vibrancy of the New York cityscape and the vitality of the Connecticut countryside.

In 1896, at only twenty-two years old, Mora was already well ensconced in America and gaining recognition among New York’s emerging modernists. His trips to Europe and particularly his visits to Barcelona and Madrid’s Museo del Prado, had a profound impact on his work. Accompanying William Merritt Chase to the Prado, Mora came under the spell of Spain’s Old Masters, especially the work of Diego Velázquez. This immersion into Velázquez and Spain’s artistic heritage enabled Mora to forge his own unique vision by marrying the richness and discipline of the Old World with the dynamism of the New.

We see this fusion of European tradition and American energy in such works as Spanish Shawls (Rosemary) whose delicate yet visually sonorous imagery of a young lady spans time, class and culture. In this painting, the influence of Velázquez is unmistakable in the woman’s direct gaze and color palette. But American energy sizzles within the work, evident in the looser brushstrokes, the directness and honesty of the portraiture, and the casual, almost “snapshot” view of the scene, a clear influence of the emerging technology of photography.

In the watercolor The Passing of a Landmark, ca. 1905, Mora works from the opposite direction, beginning with an American sensibility —particularly a New Y ork sensibility— of heritage dismantled in the name of progress. The scene of workers carting off the remains of a building in the New York streetscape is all energy and movement, with a modernist taste for quick brushstrokes to match the vitality of the workers and even the impatient horses. But the picture is nonetheless imbued with Mora’s love for the very heritage the workers are carting away; we see it in the strength and balance of the composition, and once again the Old Masters’ color palette.

Mora and his family later also resided in Gaylordsville, Connecticut. Mora thrived in this pastoral environment and its culture. The Traveler from Gaylordsville exhibits Mora’s more playful use of color, and a near Impressionistic painterly style of the elderly gentleman seated in a window, a summertime garden wall and landscape behind him. The composition is careful, traditional, yet with that spur-of-the-moment feel of a camera’s snapshot. The investigation into the man’s personality can be traced to European Late Renaissance portraiture, and here the portrait is imbued with the casual forthrightness that has marked American portraiture since John Singleton Copley.

Francis Luis Mora’s body of work has found its place in the canon of early 20th century art. His work is represented in major collections and museums including The Metropolitan Museum of Art, Smithsonian American Art Museum, Museum of the City of New York, Yale National Gallery of Canada, among others.