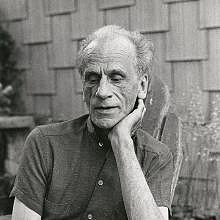 Joseph Cornell (1903-1972) is considered one of the most pioneering artists of the 20th century.  Cornell elevated the art of assemblage.  Self-taught, Cornell's signature contribution, the Shadow Box, revealed a remarkable visual language inspired by the arts, humanities and sciences.  Profoundly solitary, Cornell was an insatiable collector and acquired a vast supply of ephemera by combing libraries, museums, theaters, bookshops, dime stores and antique fairs for materials to include in his artwork.

Cornell’s artistic career began in the early 1930s when he was exposed to the Surrealists through the Julien Levy Gallery  and their philosophical premise that art could be created from assembling ordinary objects. Through Levy’s gallery in New York City Cornell became acquainted with Marcel Duchamp, Salvador Dali and other Surrealists. In 1932 Levy included Cornell's work in the groundbreaking Surrealisme show at his gallery.  Subsequently the Museum of Modern Art in New York included Cornell in the 1936 exhibition, Fantastic Art, Dada and Surrealism.

By 1940, Cornell had become a professional artist working full time out of his basement studio.  Cornell transformed the unseen: mingling memories, ideas, fantasies, and dreams into his boxes, collages and experimental films.

During the 1960s, Cornell gained wide recognition and the 1961 exhibition, The Art of Assemblage, at the Museum of Modern Art in New York dedicated an entire room to his work.  This was followed by major retrospectives at the Pasadena Art Museum (now the Norton Simon Museum), Solomon R. Guggenheim Museum, The Metropolitan Museum, Albright-Knox and Museum of Modern Art in New York, Royal Academy of Arts in London and Kunsthistorisches Museum in Vienna.

In 1972 ACA Galleries organized a Memorial Exhibition of the Cornell family’s collection and produced a catalogue to accompany the show.  Since then ACA has had the privilege of handling many important boxes and collages.