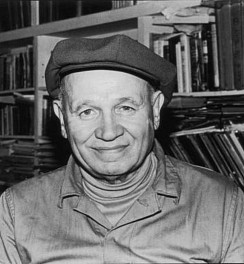 Romare Howard Bearden (1911-1988) is considered one of America's most important African American artists of the 20th century. One of the most inventive and original artists of our time, Bearden transformed the medium of collage into a vehicle for his own highly personal, artistic expression.

In 1963 Bearden became a founding member of "Spiral", the Harlem-based group formed to discuss the role of African-American artists in politics, the civil rights movement and the art world.

In 1971 Bearden gained extensive recognition with a retrospective at the Museum of Modern Art in New York.  He was awarded five honorary Doctorate degrees and was elected into the American Academy of Arts and Letters. On June 18, 1987 Bearden was honored with The National Medal of the Arts Award. In 1990 The Romare Bearden Foundation was established to promote his work and to support African American artists.